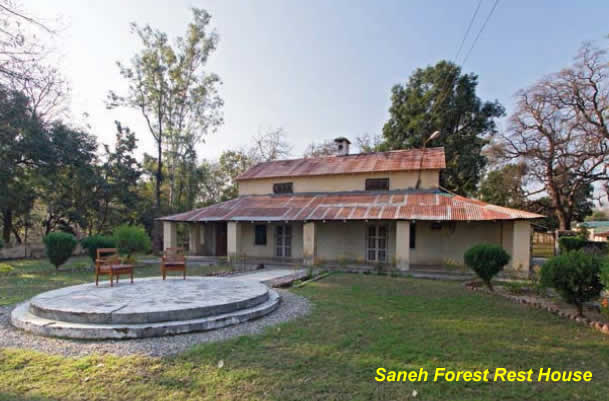 Kolhuchaur FRH built in 1890 is at an elevation of 381m and is 9km from Saneh. It is approachable by four-wheel drive from December onward. However, during the rainy season up to December, it is a difficult trek as one has to cross the Kolhu river at nine places. The FRH connects Corbett Tiger Reserve Via Lal Darwaza-Hathikund-Chaukhamb-Nauri FRH on forest roads, motorable during fair weather. It is one of the best known for wilderness habitat. There is a machan at the north Kotri range to view the lush undergrowth and sigh wildlife. Short walks to Kolhu river are also enjoyable. A Gujjar camp is situated near Salbani temple less than 2km from the FRH on an open grasslands named are very interesting to flip through.